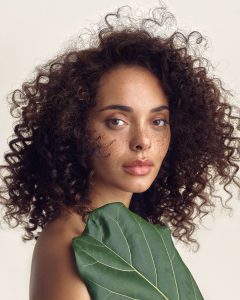 A big announcement to kickstart 2021: Aveda is proudly 100% vegan, now and for always. Joining a live panel debate this week, we were invited to discover just how profound a move this is for the  brand, and how important for hairdressing. Here are the highlights which we think are super-relevant and interesting to share. 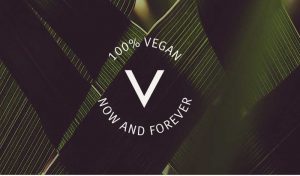 A virtual panel discussion was hosted by AJ Odudu, tv presenter (think Big Brother, The Voice). She proved the perfect choice of chatty yet informative host for the online as she put questions to a varied panel of five vegan warriors! Often it’s overwhelming to hear lots of facts and details on initiatives to combat such complex programmes as climate change and sustainability. But this format was highly accessible. Here we share the key moments that we found enlightening: 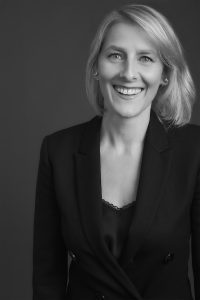 Barbara De Laere is Aveda’s global brand president and told the audience how in 1978 Austrian American hairdresser and entrepreneur Horst Rechelbacher founded the Aveda Corporation. A hairdresser, he was an ardent environmentalist and activist. “Horst truly, profoundly believed you shouldn’t have to compromise or choose between beautiful products while being environmentally responsible,” Barbara explained. “Our care for the environment today is as important as it’s ever been…. going vegan is very logical and important step.”
She went on to say how it has taken more than three years to complete Aveda’s transition to being 100% vegan. An involved process, there were 900 ingredients to check and ensure nothing contained animal derived elements. Interestingly it was beeswax (commonly used to add smoothness, colour and texture) that caused the most headache. Similarly beeswax absolute (made from honeycomb) is often used for its warm sweet aroma, and also difficult to substitute. But finally the goal was achieved and now the brand is confidently 100% vegan. No animal-derived ingredients at any stage, no involvement, nothing. 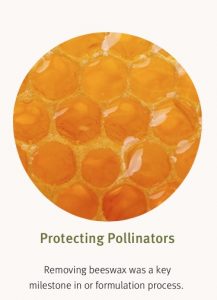 Now it’s time to share the message and access as many platforms as possible. Arizona Muse was part of the panel; she is Aveda’s first global advocate for sustainability. As a successful and sought-after model with links to fashion, as well as a dynamic climate activist. Arizona told us: “Aveda is a humble brand and it’s incredible what you have done. It’s impressive. I feel so lucky to have this partnership. It’s the most meaningful thing I’ve done as a model.” Quite a statement from someone who you’d perhaps associate with an industry that is causing as much of a problem as any. Arizona recognises this but was reassuring: “There is a lot of motivation now compared with 30 years ago… Particularly in fashion – brands, consumers and the government are realising that we need to change and to change rapidly. It’s a very international industry and we can capitalise on this in a positive way. We have a lot to do. But making a commitment isn’t the same as doing it.

Throughout this January, to mark the announcement of becoming 100% vegan, Aveda has partnered with the Veganuary movement. With more than 575,000 sign-ups to a global pledge to adopt veganism, this is an important signifier of how important this subject has become and your clients are likely to aware if not in agreement. Head of Communications at Veganuary, Toni Vernelli told the panel: “Animal agriculture is one of the biggest problems for climate change. It’s very land-hungry. You have to feed animals more in plants than you get back in meat. So it’s a never ending cycle. Going vegan is one of  the best steps you can take to help the planet.“

Be the change you want

Adding to an interesting debate about how the consumer might see veganism, it was encouraging to listen to the experiences of guest panellists including Dale Vince OBE who is the founder of Ecotricity and chair of Forest Green Rovers football club! Dale explained how important it is to be a trailblazer: “We took our mission into Forest Rovers in 2010 and we needed to make a lot of changes. We were engaging in a new audience – footie fans, who could have been resistant!” As well as refurbishing the club to include sustainable practices such as using solar panels and electric cars, Dale’s team insisted on a vegan menu for all visitors, even on match days. “Footie fans were invited to just try new things. They tried hand-made food and lots of them have changed their ways. The Forest Green Rovers fans are proud now, and have become fans because of their stance.”
The conversation was fascinating and there is plenty to fire enthusiasm for veganism. And it won’t stop here. Aveda is not slowing down and says the next important focus is on becoming a carbon negative company.
“You need to be curious, things are constantly changing,” says Barbara De Laere.
For more inspiration, follow @avedauk #avedavegan
BACK TO HOME PAGE
—————————————–
At Colour World UK we believe in colourists being equally important as hairdressers to the success of a salon business! Clients deserve excellent colour services, embracing the importance of a great colour consultation through to end result. We salute manufacturers and brands offering a great product innovation which enables colour technicians to explore their creativity and offer a bespoke colour to every client. We offer colour conversation and inspiration for you to browse, and respect colour-focused education and events from what’s on and where to our own Colour World UK event which support our industry and promise to do our best to bring you news and information to help you succeed.

Looking for some more colour inspiration? Here you go:

Return to the top

Return to the top

All the looks at CWUK22